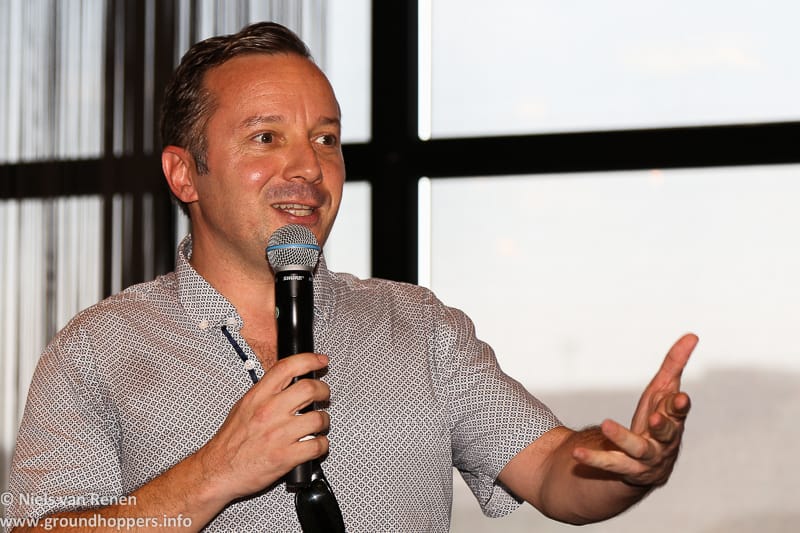 It is one year since Isitan Gün arrived at Fortuna. Fortuna Online recently spent two and a half hours with Isitan to reflect on the first season and look forward to next season. Yesterday we presented a summary of his reflections on last season; today we present his views about the future. Voor een Nederlandse versie, zie: “Isitan Gün: één jaar onderweg (deel 2 van 2).

Looking forward to your second year, you can now start focusing on building the organization. One area in need of strengthening is the commercial department. It will be a colossal job to bring back sponsors to a club with such a bad reputation in the region, won’t it?

Yes, it will be. It is already. We employ three people in this area. One in a commercial role, one in marketing (funded through the Cooperatie Eerste Divisie) and one in ticketing. That is two more than when I started. The cornerstone to any successful commercial strategy is a team that wins. If the team does not win, you can bring the best marketing experts, they will not succeed. Consequently, we first want to be successful on the pitch. When we achieve that, it will be easier to reach out to potential sponsors and try to get them back.

In the first year, I have surveyed the Dutch football landscape. As an outsider, I think Fortuna belongs in the eredivisie. That is a long-run ambition, but it is the ambition nonetheless. Look at Borussia Mönchengladbach. I spoke with the chairman a few months ago. That city is of a similar size as the Sittard-Geleen region, and look what they achieve. Hence, the potential for us is huge.

Related to that are supporters. The 16/17 seasons goes into history as the second lowest average attendance record at home games. How do we turn that around?

You cannot blame the fans. The club has not been successful for so long. Add to that the financial problems. I do think though that the performances in the second half of the season deserved bigger crowds.

Again, we need to win to bring the fans back. We also want to improve the conditions at the stadium, for example, provide good quality food. We are currently working on the pitch, to get it to a satisfactory condition. By the way, we have replaced the goals. Did you know they were the oldest in the country?

Changing to the technical side. What do you consider a realistic goal for the 17/18 season?

To make that happen, we need some new players to replace those who left and perhaps some reinforcements.

Correct, obviously it is not up to me as the president of the club to determine whom we should attract. When we make transfers, it should not, and will not, depend on the opinion of any one person in the club. It is a planned and pre-defined process. We first establish for which positions we need reinforcement. If then a name comes up, our scout will make an assessment, based on that assessment the technical staff as a group will make a decision. The head coach will have the final say, as he needs to work with the player directly.

In a utopian world, we would complete that process before the start of the first training session. However, we do not live in a utopian world. The transfer window will close in September and often one can strike the best deals in the last days, when you can buy or sell players you otherwise cannot buy or sell. The fact that we have not been active in the transfer market yet, does not mean that we are not active behind the scenes. We are working hard and we will have a competitive squad for the 17/18 season. There is no need to act prematurely and in haste. There is plenty of time.

Having said that, we must also ensure that we have the right mix between academy players and players from abroad. Therefore, it is not only about making transfers to complete our squad.

It depends. Emrah was more like a one-off chance. He played for Rizespor on loan from Galatasaray in the first half of the 16/17 season. Rizespor was fighting relegation and Emrah did not play regularly. He captained Turkey under 19, hence he is very talented. So we asked and he came.

We can still sign players of a similar caliber, probably, but this requires stronger revenue streams. When Emrah left and I was asked the question if there is any chance he could stay, I remember saying, “sure, if we sell 3,000 season cards, he stays”. So, it is not a unilateral decision, it runs both ways.

Well, we will be appointing a director of football (Mustafa Aztopal). First-team coach (Sunday Oliseh), sports director (Charly Chudik) and the to-be-appointed head of the youth academy will report to him. That will help us further professionalize the football side of the club.

The youth academy will go from currently zero fulltime to three fulltime staff soon. We will appoint a head of the academy, an assistant and a more junior position—responsible for day-to-day business. I think the academy is the most important asset of the club, although it needs substantial improvement, which is something we will start working on once we finalize the appointments.

So Fortuna will not merge its academy with those of other clubs in Limburg?

No, our academy will remain independent. I do not understand why there is this urge in the region to merge youth academies. I mean, there are forty or so clubs in London; none of them have merged their academies. A merger does not produce economies of scale, nor any logistical synergies. As long as you have the necessary quality level, decentralized academies are way more efficient in identification and development of talent. We will remain independent. Not only will we remain independent, our ambition is to build one of the best academies in the country. We will release the details of the plan to achieve that ambition later this year.

Have you finalized the composition of the board?

Not yet, but we are close to formalizing the board. There will be five members on the board. The supporters elected one of them, which is Eric de Jong. I will preside the board and in that sense remain the president of the club. We still have to formalize the other three positions.

Perhaps more important than the board is the introduction of corporate governance regulations in the club, to which all club personnel have to adhere. For example, we have formalized the way we design contracts and everyone in the organization knows what to do in which circumstances. We have written these procedures last year and we will make sure to implement them this year. These are the founding blocks of the club, we have defined how Fortuna signs a contract, how it prepares its budget, how it transfers a player, how it hires people, how business expenses are recorded, how ticket prices are determined, everything, in writing. The same applies to job descriptions; every employee of this club exactly knows their responsibilities, tasks, performance criteria, who reports to who.

This will stop one person in the organization from making decisions, which perhaps help us be successful in one year, but cause financial rampage in subsequent years. How an entity makes decisions and behaves should not depend on individuals, ensuring this is way more important for long-term success than other things.

How do you see your own role at the club in the longer term?

Obviously, the first objective this year is to get the right people in the right positions in the organization and help them find their way. The intention is to complete that process and to install and run the corporate governance regulations during the 17/18 season. Once this is done, my involvement should reduce to a point where I—theoretically—become redundant. At that time, I wish to concentrate on helping attract new sponsors and being involved in the youth academy, which I find more interesting than any other place in football.

Are you considering moving to the Netherlands?

Yes, my family and I are moving to the Netherlands. My children attend French school, of which there is one in Amsterdam. Hence, we move to Amsterdam. However, I will also keep a place in the Sittard-Geleen region. I missed a couple of matches last season. That is not happening this year. We are here for the long run! 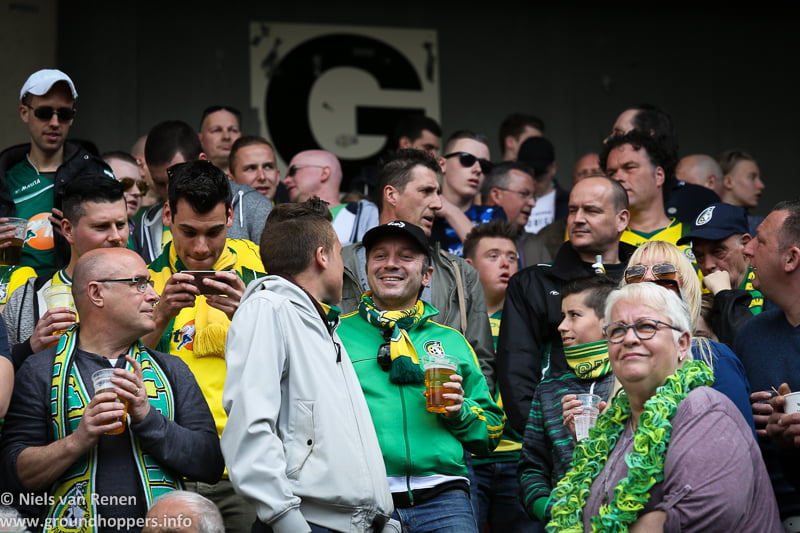